The Yellowstone Loop: 9 Stops You Must Make on an Epic Western Road Trip

Nighttime view of the Court Square Fountain, built in 1885

Montgomery Area Chamber of Commerce
4 of 10

Browsing works of art at The Montgomery Museum of Fine Arts

Taking a segway tour along the downtown Montgomery riverfront

A horse-drawn carriage parked outside The Alley Station entertainment complex

A live music performance at Sous La Terre, a hot spot for jazz and blues shows

The cities of Selma and Montgomery, Alabama, rival some of the oldest and largest cities in the USA as historical epicenters. Selma marks the starting point of the 1965 Selma-to-Montgomery March, a landmark development in the U.S. civil rights movement, and Montgomery is home to a dozen museums, significant Civil War landmarks and the most sites along the U.S. Civil Rights Trail. Montgomery’s diverse food and music, a walkable downtown and world-class cultural venues – including one of the largest Shakespeare theaters in the world – round out the visitor experience.

Begin with the Past

In 1965, hundreds of civil rights advocates marched 87 kilometers on Highway 80 from Selma to Montgomery to campaign for equal voting rights. Visit the National Voting Rights Museum and Institute in Selma, see the march’s starting point at the Brown Chapel A.M.E. Church & King Monument and follow the route the Rev. Martin Luther King Jr. led across the Edmund Pettus Bridge.

Continue the journey through history along Dexter Avenue in downtown Montgomery, called the most historic short street in the USA. Read informative plaques at Court Square Fountain, where slaves were sold during the 1800s and Rosa Parks refused to give up her bus seat a century later. The Rosa Parks Museum a few blocks away is dedicated to her life and the Montgomery Bus Boycott. Pass the building where the telegram that started the American Civil War was sent – you can read the telegram's text on a historical marker outside – and touch the pulpit where King preached from 1954 to 1960 at Dexter Avenue King Memorial Baptist Church.

Out on the Town

If you make downtown Montgomery your base, you’ll be able to walk to museums, restaurants, shops and entertainment. Music fans can pay respects to a Country icon at the Hank Williams Museum and see a comprehensive collection of memorabilia, including the blue Cadillac the 29-year-old was riding in when he passed away in 1953.

At Riverfront Park, attend a concert or special event, see a baseball game at Riverwalk Stadium and enjoy stand-up paddleboarding or a scenic dinner cruise on the Alabama River. Afterward, linger over a drink at the Aviator Bar, packed with aviation relics including a replica of the Wright Flyer hanging from the ceiling. Dinner at Capitol Oyster Bar, a local favorite for its Southern comfort food, river views and Sunday Blues music shows, will not disappoint.  After other bars close on Friday and Saturday nights, head to the Sous La Terre underground club for Jazz and Blues music. Culture-seekers should plan to visit to Blount Cultural Park, home to the Montgomery Museum of Fine Arts and the Alabama Shakespeare Festival. Also, check out the F. Scott and Zelda Fitzgerald Museum, honoring the famous literary couple who met in Montgomery in 1918.

The Confederacy’s first White House in Montgomery was used for only three months during the American Civil War – February to May 1861. Today, visit it for free.

Zelda Fitzgerald, wife of American author F. Scott Fitzgerald, was a Montgomery native and met her future husband here in 1918.

Montgomery was home to the first U.S. flight school, established by Orville and Wilbur Wright in 1910. It’s now Maxwell Air Force Base.

Dance to Alabama’s Own Rhythm

Birmingham, Alabama: 3 Reasons Everyone is Noticing the Culinary Scene

Birmingham, Alabama: A City Steeped in History and Filled with Culture

Dinner, Drinks and Music in Birmingham, Alabama: A Day-to-Night Guide to Fun

Pensacola Beyond the Beach: A Perfect Florida Vacation Packed with Attractions and Events

Hollywood in Georgia: Tour the Set of Two Popular TV Shows in These Two Cities

Taste and Explore World of Coca-Cola in Atlanta, Georgia

Classic Southeast: A Road Trip From Atlanta to Charleston

Why Atlanta is the Hip Hop Capital of the USA 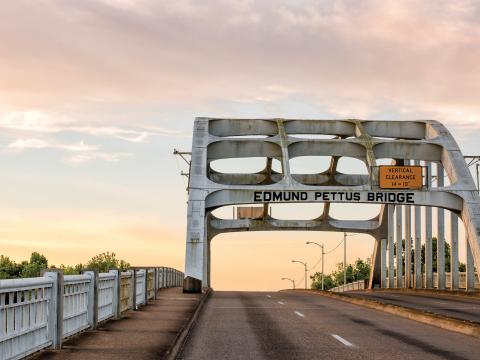 Broadway Under the Stars